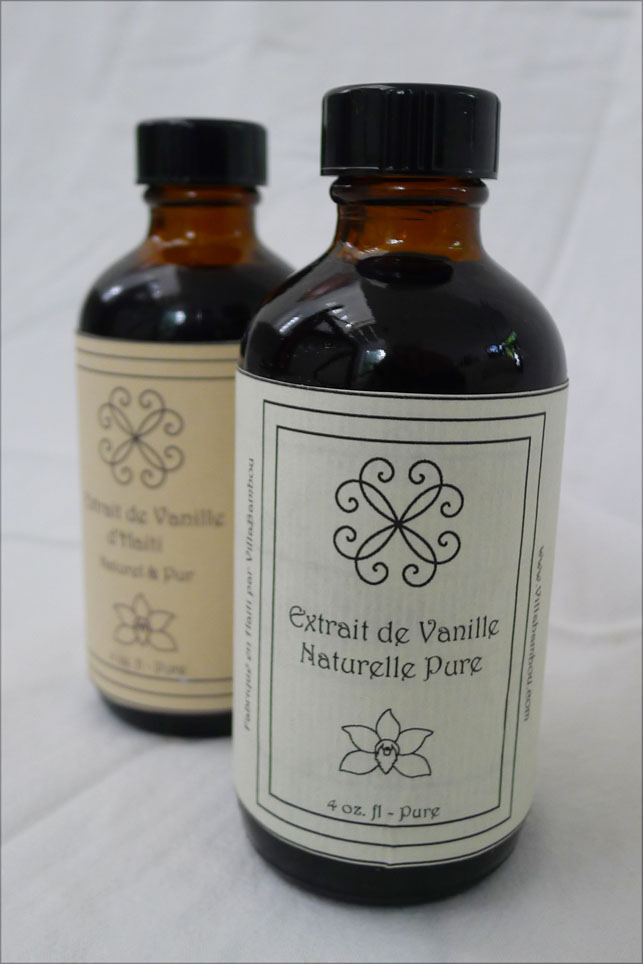 
Vanilla is the seed pod of an orchid plant, indigenous to Central America and the Caribbean. Vanilla is the most labor-intensive agricultural product in the world. It takes between 18 months and three years from planting a cutting of the orchid vine until the plant produces orchids. The orchids bloom and die within a few hours unless they are pollinated by hand as the only known insect that can pollinate this plant is extinct in this hemisphere. The beans (which are actually seed-pods) must stay on the vine for nine months before being harvested. The beans then go through a curing, drying, and resting process for several months. Each vanilla bean is handled hundreds of times before it's ready to use! In Haiti there is a long tradition of soaking the beans in dark rhum. This gives Haitian vanilla its stronger and spicier aroma and is what sets it apart for the rest of the worlds extracts. Vanilla grows profusely in the North of Haiti near Cap Haitien especially. The production of our vanilla extract creates jobs locally and contributes to the economic development of Haiti.